The outfalls of many rivers could offer a valuable source of renewable energy according to a team of researchers from the Massachusetts Institute of Technology (MIT), who have developed a model system that would make it possible to generate energy from so-called delayed pressure osmosis (RPO), in which two currents of different salinity mix to produce energy. The system would take river water and sea water on either side of a semi-permeable membrane. Through osmosis, water from the less salty stream crosses the membrane to a more pre-pressurised salty side, creating a flow that can be sent through a turbine to recover energy. This work has been funded by the King Fhad University of Oil and Minerals. 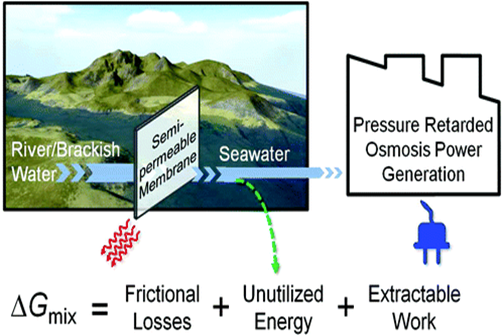